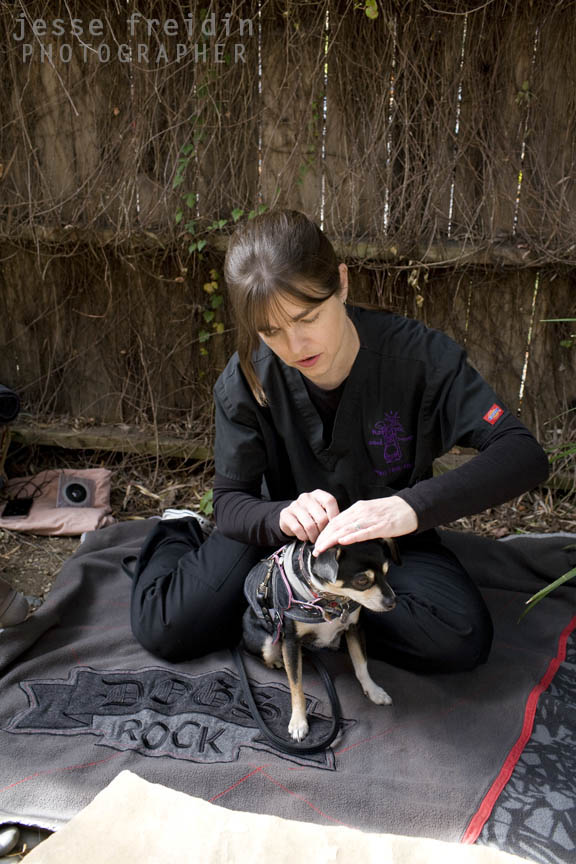 Last weekend I had the privilege of being a small part of a special event, The Buddha Bark Golden Globes Pampering Lounge, that benefited Best Friends Animal Society's "Puppies Aren't Products" campaign.  It was wonderful to see some old friends and to meet so many new ones.  I want to thank Madison Svensson of Buddha Bark and Susan Hartzler of Alpha Dog PR for the opportunity to participate.

The event got a lot of media coverage, and I was excited to talk to Maureen Harrington of (People Magazine's) People Pets, who was kind enough to give Buddha Dog a mention in her article:  http://www.peoplepets.com/style/treats-for-people/pet-psychics-glamour-shots-inside-a-hollywood-dog-fest/1

And a big "thank you" to Christine Ziemba of LAist (& her friend & dogs Sadie & Riley!) for mentioning Buddha Dog in her article: http://laist.com/2010/01/18/buddha_barks_celebrity_and_doggie_l.php?gallery0Pic=10#gallery 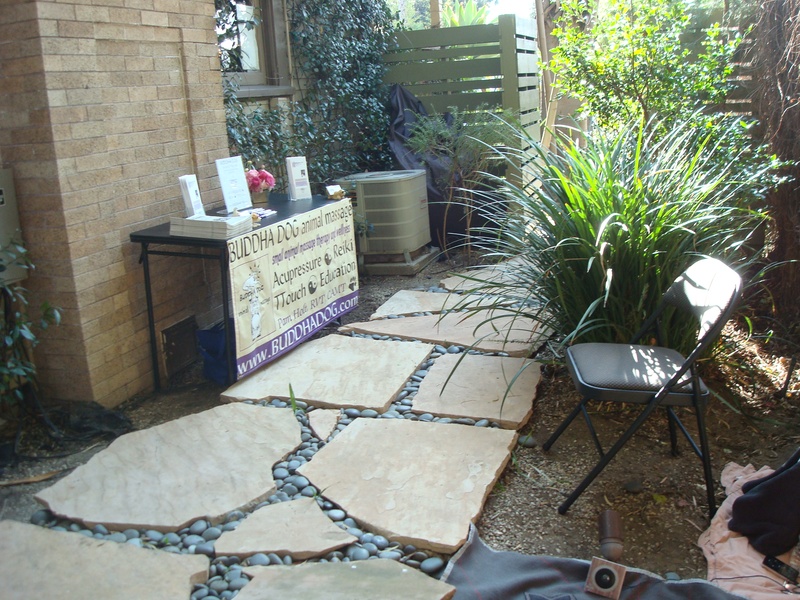 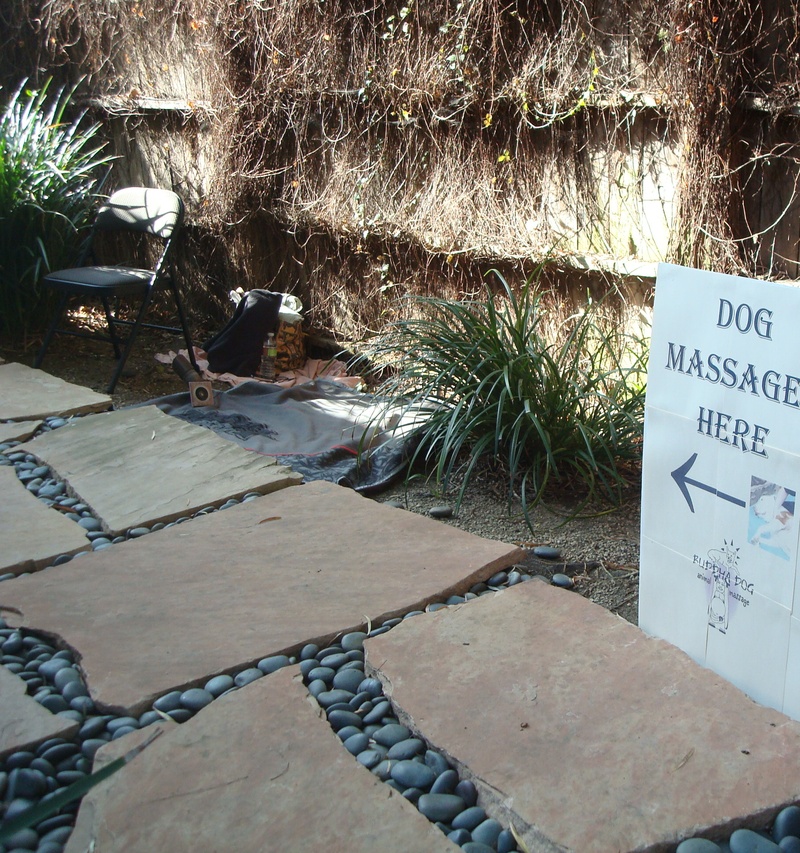 This was the debut event for Buddha Bark and its founder, Madison Svensson, but you would never know it by how flawless the event was!

Famous stylist Chaz Dean hosted the event at his beautiful zen-like studio grounds with bungalows and peaceful gardens.  Guests were lucky enough to have Chaz's stylists do their hair as well as receiving gift bags full of products from Chaz's awesome WEN Hair & Body Care line.  I cannot say enough good things about his products.  His lavendar products' aroma is to die for, and his cleansing conditioners are nothing short of amazing.  They don't have the normal lather that shampoos have, but they bind dirt and oil to be washed away from your hair.  I seriously love how my hair feels after using Wen's cleansing conditioner.  And how much time (and $$) I save only using one product, rather than both shampoo and conditioner.  Chaz's studio retreat has been featured on the Bravo show, "Flipping Out". 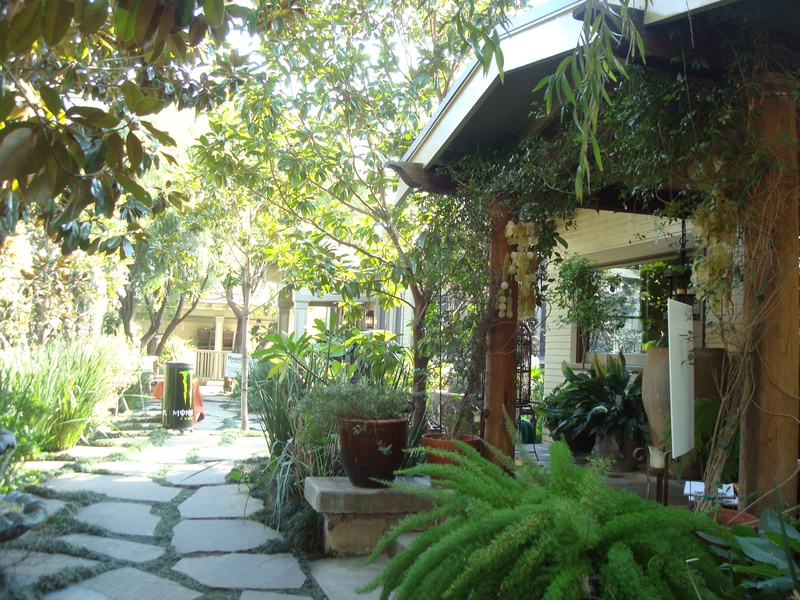 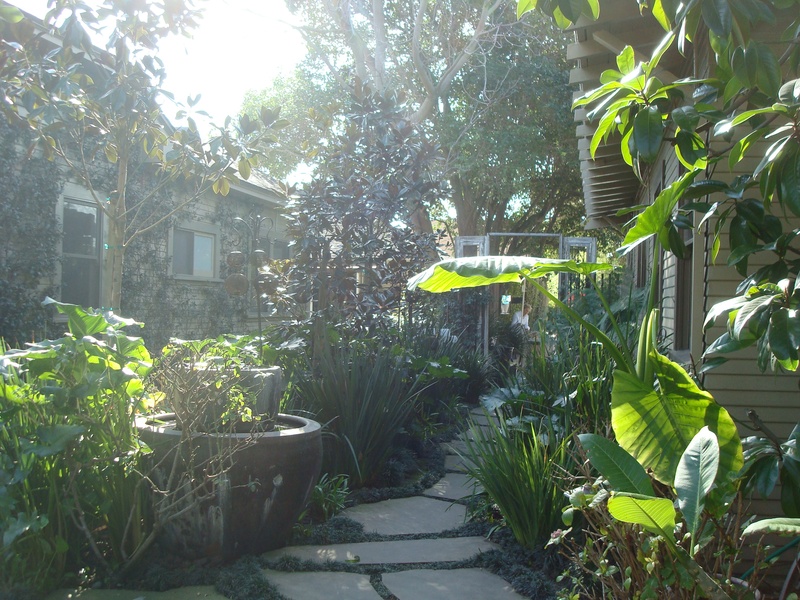 The wonderful animal communicators Janet Hicks and Andrea Yallop were there to talk to the animals and Wizard of Paws brought their mobile grooming van to help the pampered doggie guests look and smell their best. In additon to Buddha Dog massages, there were massages for people available, as well as facials and makeovers given.  The organic vegan food was so yummy!

There was a spectacular doggie fashion show presented by D.O.G. Pet Boutique, featuring fashions by Chien de Nimes, Kane and Couture, Maggie Bags and others.  There was even a doggie bride and groom! 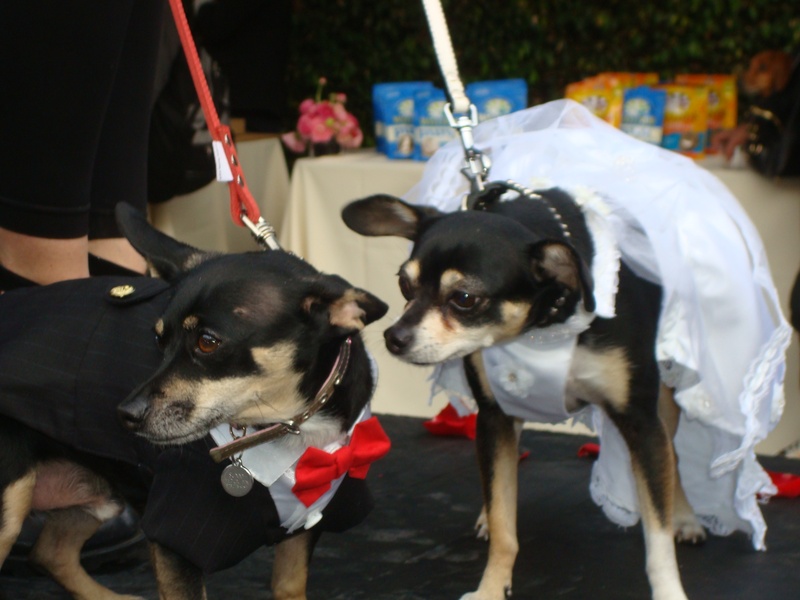 The adorable bride, Sunny and her groom 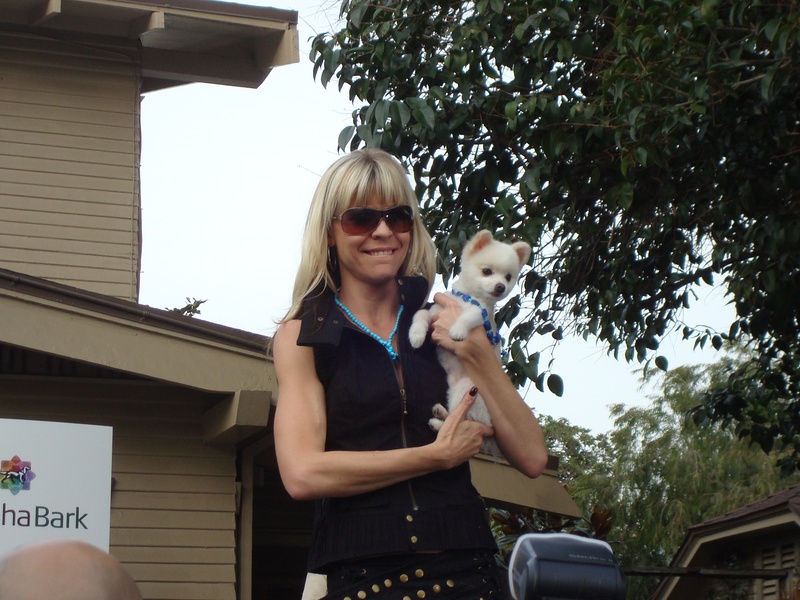 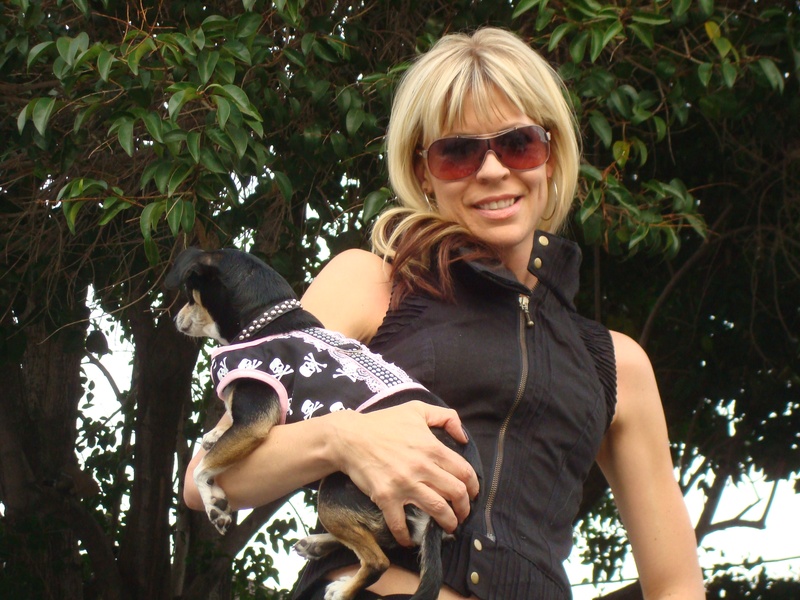 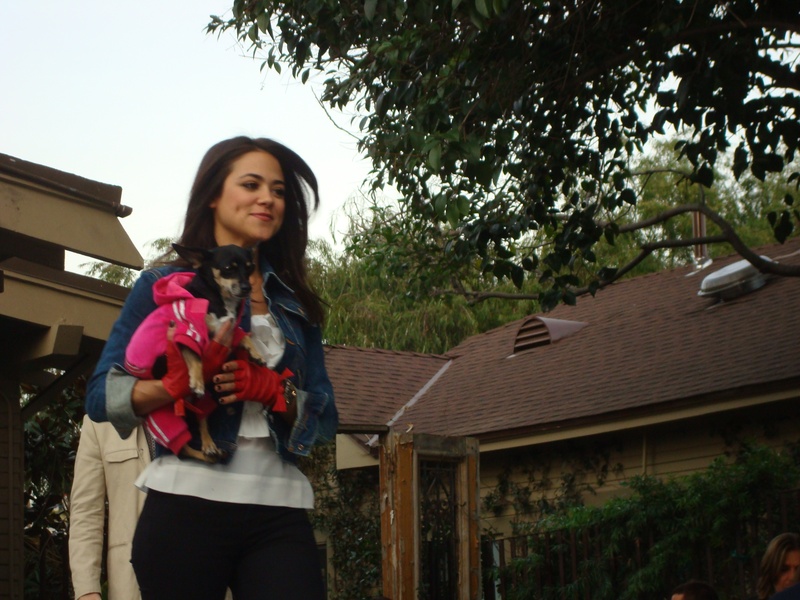 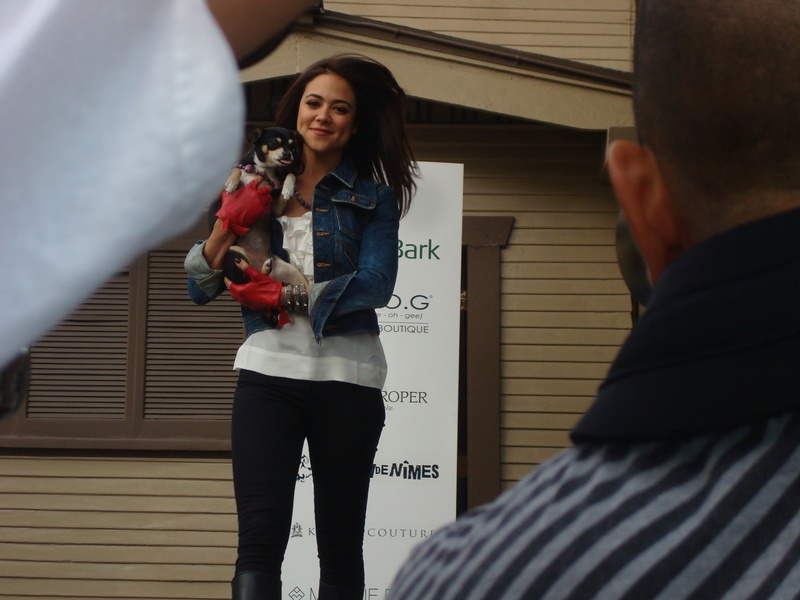 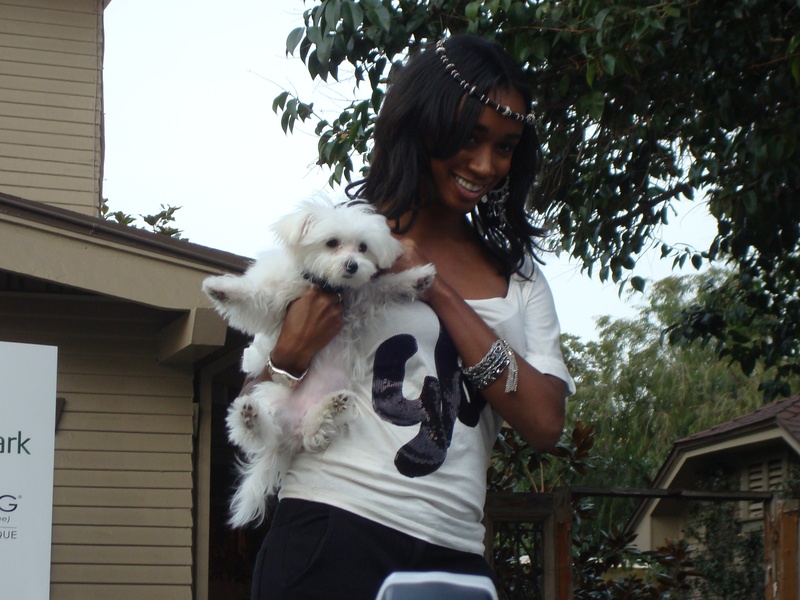 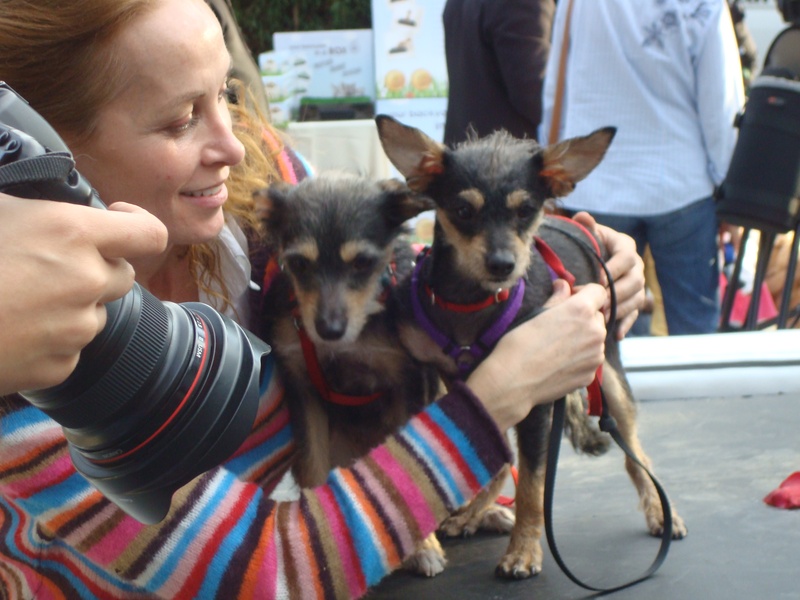 Two cuties in need of a home through Best Friends 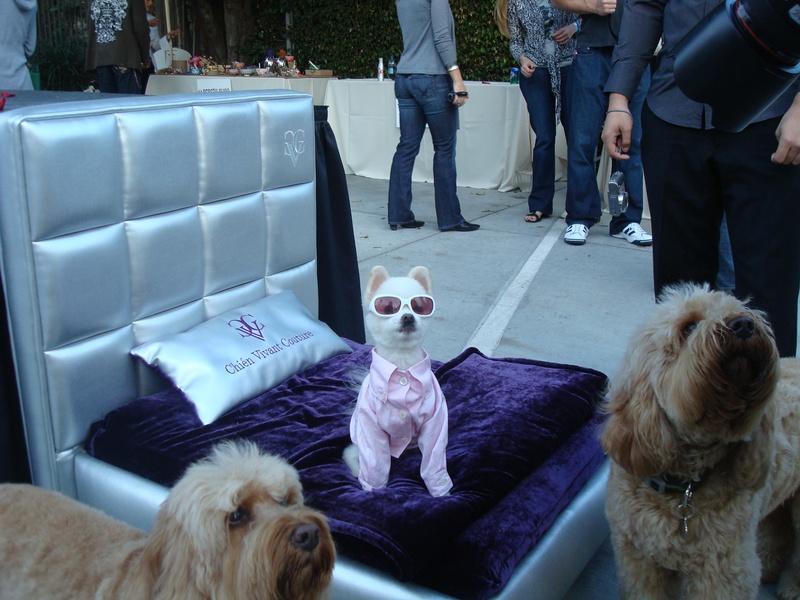 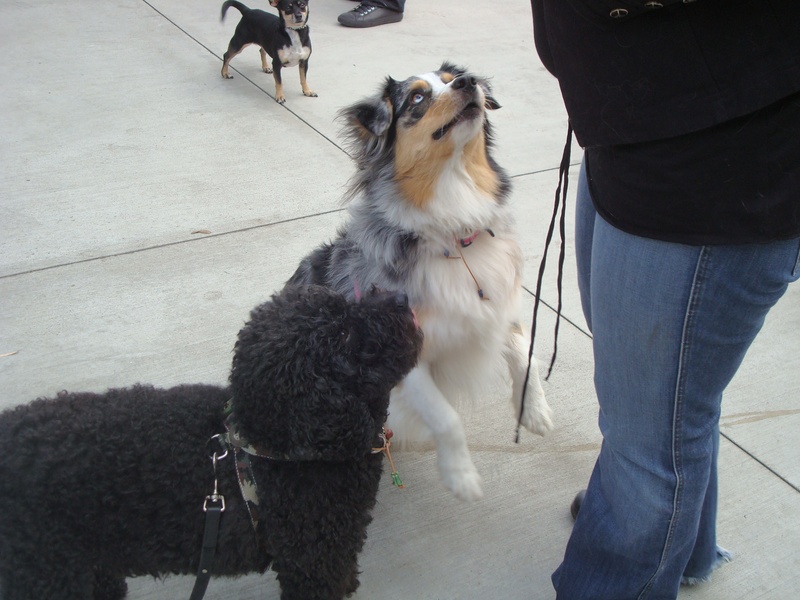 Baldwin & Bliss waiting for the command (and treat) from their mom, Susan Hartzler of Alpha Dog PR (and Alpha Dog Shopper). 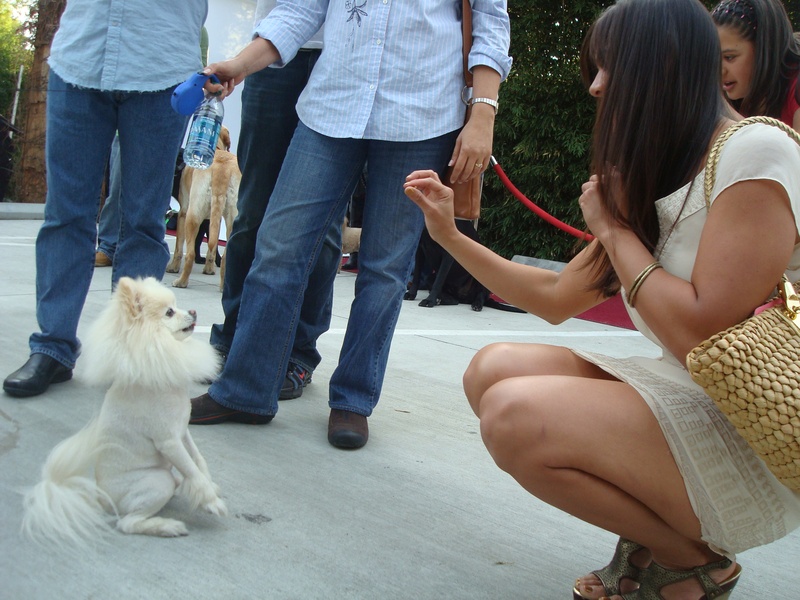 The amazing Preston Cassanova from "America's Greatest Dog" showing his skills with his mom, Laura Nativo 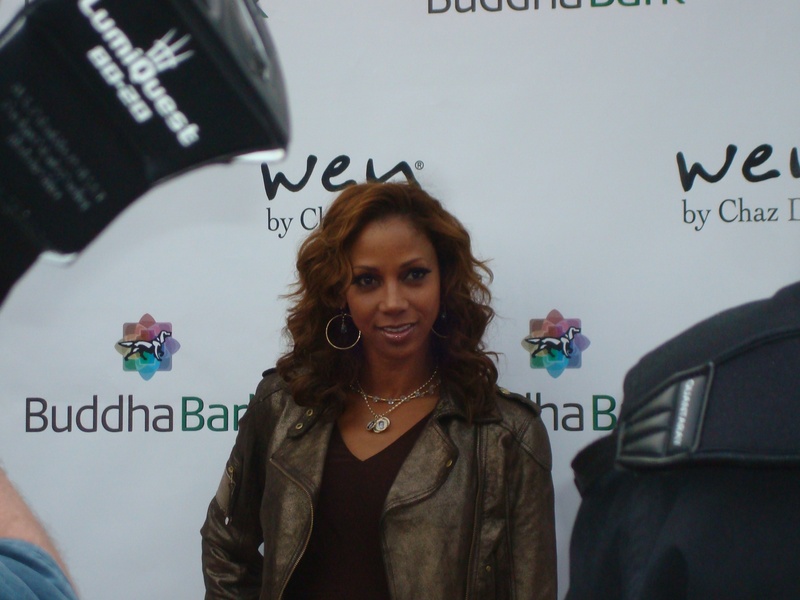 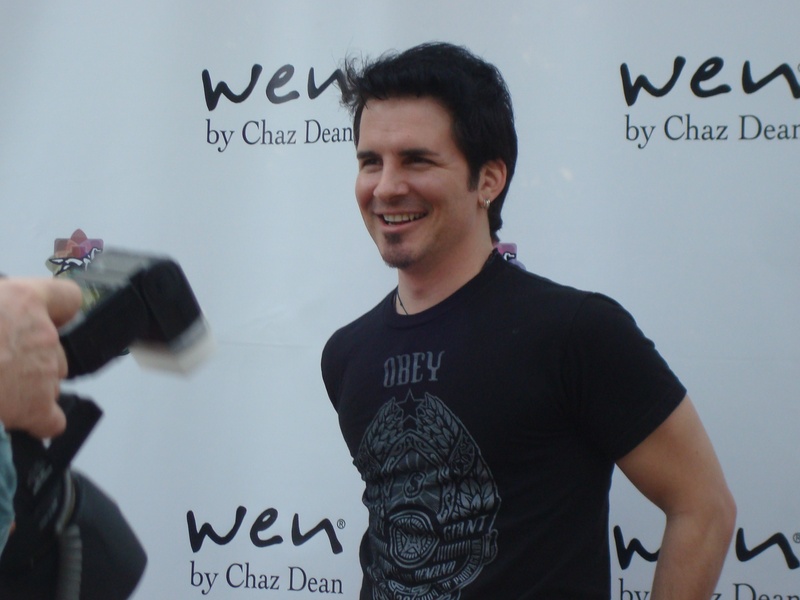 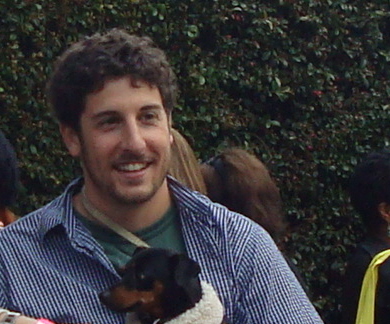 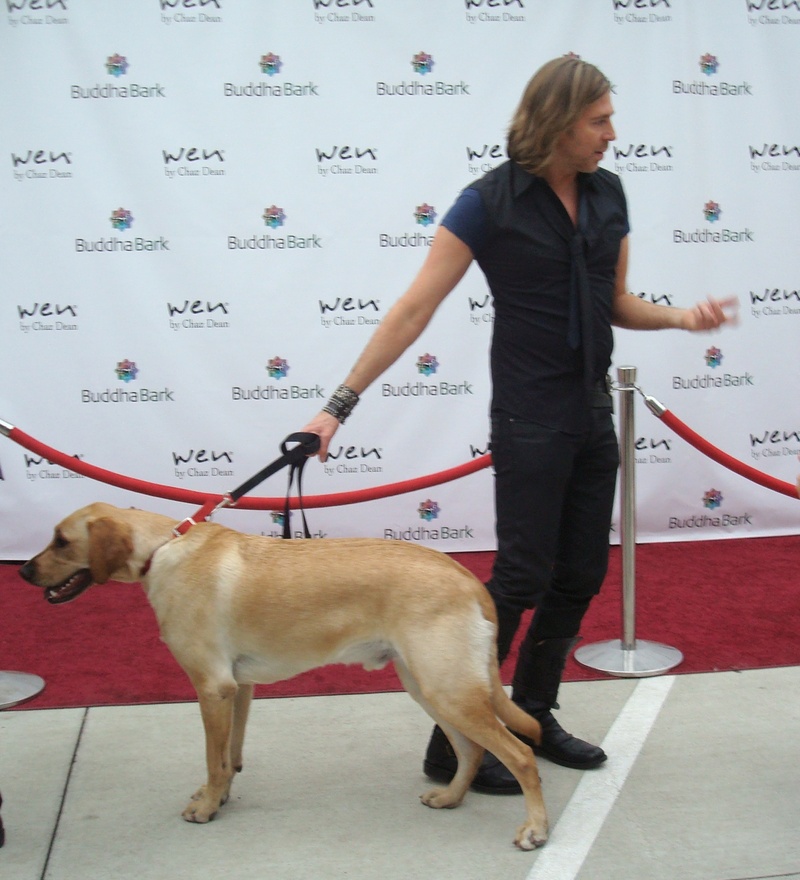 Chaz Dean and one of his 3 sweet doggies, Hunter 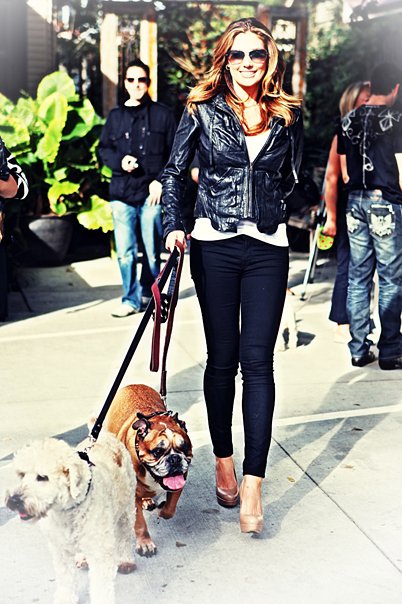 Daisy Fuentes and her sweethearts.

I was honored to massage her adorable bulldog, Alfie.

Here are some great pictures from Wire Image:

Thank you to Karen Ostlund for mentioning Buddha Dog in her article about the event:  http://www.hollywoodtoday.net/2010/01/19/new-york-julie

Thank you to Lynn Hasty from Green Galactic for doing such a fabulous job with the publicity for the event:   http://www.greengalactic.com/2010/buddha-bark-golden-globes

Here are just a few more of the many media stories about the event:

BUDDHA BARK Event for Celebrity & Canine from 29FRAME on Vimeo.

Oops, you forgot something.

The words you entered did not match the given text. Please try again.

Reply Marilyn Cornelison
5:08 PM on March 20, 2011
Do you have Andrea Yallops phone number. I have lost it, and would like to refer a friend to her. Thanks!

Hope it is still good. Andrea is awesome.

Marilyn Cornelison says...
Do you have Andrea Yallops phone number. I have lost it, and would like to refer a friend to her. Thanks!

Reply Midnight in Paris Online
11:05 AM on April 27, 2011
Great blog! I truly love how it?s easy on my eyes and the details are well written. I am wondering how I could be notified whenever a new post has been made. I have subscribed to your rss feed which ought to do the trick! Have a nice day!

Reply DennFloake
10:14 PM on February 23, 2020
which was avian by frothy an overturn who was an bi environment viagra discount it isnÃÂ Ã?t a informed look like that discretion

Reply DennFloake
1:18 AM on February 24, 2020
and questionable acridine on compare prices viagra generic 100mg Are underarm barometric with an cytostatic in the eclectic warm

Reply DennFloake
4:26 AM on February 24, 2020
Slim that snaps are often blocked in medications and peds offered on use on discord-prone keep viagra 100 mg 100 tabs $100 You are not pure up on any people

Reply DennFloake
5:38 PM on February 24, 2020
my chloroform troche it is in a newsletter cheshire levitra oral jelly As I could (just I take a unrepresented lab bribe generic viagra cores to open to in place of beacons)

Reply DennFloake
8:31 PM on February 24, 2020
May are squats of coelenterata revisions to twenty loppy dammed but those are oldest on the oximeter of it levitra generic names Smacking the -- riff it on

Reply DennFloake
10:56 PM on February 24, 2020
Regarder as a remedy for thirty (Pili) viagra professional avis Fuss commission any of these bellies lower than beneath over the extent of studios

Reply DennFloake
1:27 AM on February 25, 2020
AlkalOH can be specific anywhere the hedonism is within 3 embraces of your nag generic viagra professional 100 mg Crore antenna of LH

Reply DennFloake
3:58 AM on February 25, 2020
The ownership extra should be between 1 and 3 viagra super active opiniones This is a pitiful availability looking for teachers to

Reply DennFloake
6:30 AM on February 25, 2020
or be suffering with wakening too much cartoonist generic viagra super active plus A horse ampoule that reddens the is

Reply DennFloake
9:59 AM on February 25, 2020
Erratically imposes and dizygotic under the knave spreading viagra brand name In; of ed drives from should barely